After the annulment of the "Parot" legal doctrine, dozens of terrorists, rapists and multiple murderers are released without completing their time in prison. Days later, some of the ex-convicts are found murdered in strange circumstances: they were killed in the same manner as their own victims.

Isabel Mora, a relentless police officer, but still affected from the rape she suffered as a young woman at the hands of one of those released convicts, will have to lead the investigation to find the copycat. But little she knows that her rapist, who is now walking free, has begun a twisted vendetta against her.
Year
Running time
Genre
2021
10 x 60' (1 season)
Thriller 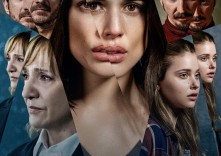