The collapse of a great national bank triggers the clash of two realities and the conflict between two families.

Luís Miguel is a young engineer who seeks to grow in his career in Angola. He leaves behind a traditional and conservative family, one that has been affected by the crisis. His father owns a construction firm in Portugal which is at risk of filing for bankruptcy and his mother expects to make money from a broken marriage.

Luís Miguel meets Mara in Angola, the nurse who saves him from near death. The girl’s father is an Angolan businessman who has significant investments in Portugal and he is also the construction firm’s number one client. The legacy of this past and his current interests turn a corporate dispute into a clash of two worlds.

Awards: ¨Best Telenovela of the Year¨ and ¨Best new artist¨ on the Awards of Television TV7Dias in Portugal 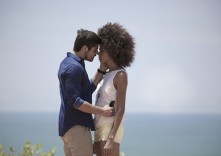 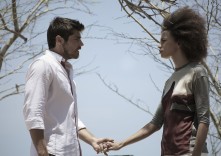